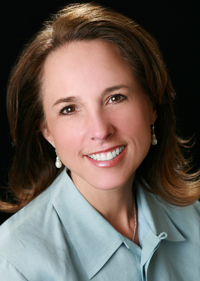 Alice Linahan is a Politically-Active Texas Mom who has worked hard in the trenches of the Grassroots Movement.

As an established leader in New Media with Voices Empower and as Vice President of Women on the Wall, Alice brings audiences a servant’s voice with a heartfelt, funny tone and when truth needs to be told in a bold, fresh manner Alice can deliver. She brings alive the stories from the trenches of the movement of parents asking... #CANiSEE what you are teaching my child that is taking America by storm. Alice is a radio talk show host of the Women On the Wall Radio Show in addition to being the Author of the upcoming “A parents journey from #CANiSEE™© to I Can SEE” study on the Common Core. Alice Linahan is a winner of the 2014 UPTON SINCLAIR AWARD with EducationViews.org for her work as an Advocate for Securing the Best of Education Policies for the next generation of American children.

Alice has worked tirelessly exposing the dangers of Common Core, educating people on the seriousness of the issue and how best to be engaged in the battle. She is on track to re-define the meaning of “boots on the ground.” Specifically, she is implementing a communication team strategy that gives parents, grandparents and tax payers the tools to “ENGAGE” and change hearts and minds vs. just a CLICK “LIKE” mentality on social media.

Alice Linahan speaks publicly throughout the country to educate the public on the truth about what is happening in Education and the "unilateral mental disarmament" of the next generation of voters in America.

Alice has been described as “Passionate in everything she does and she is proof that one person can make a difference.

Alice Linahan is excited to announce that the Pre-Sale of her new book, "A Community's Journey from #CANiSEE to I Can See", and lecture series has been launch